Events and festivals in Brazil 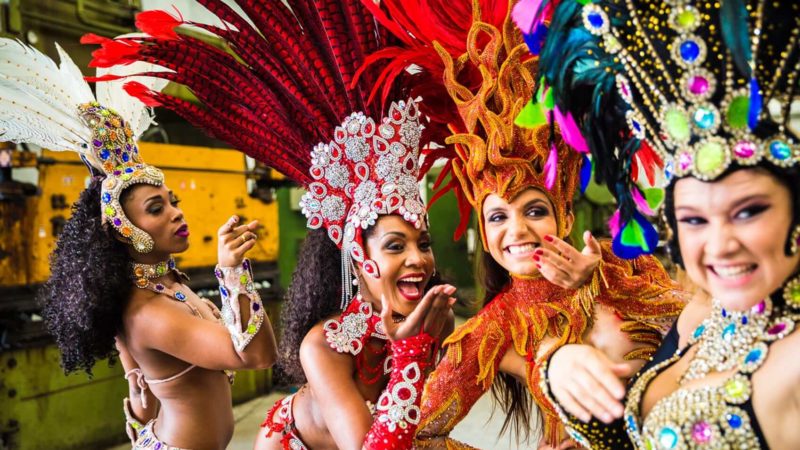 Whether celebrating their cuisine and culture, marking the anniversary of a religious date, or donning elaborate costumes for street-side revelry, the Brazilians know how to party! Indeed, events and festivals take place year-round throughout Brazil, and are known across the world for a number of exciting features. Enormous parades and colourful floats are just 2 aspects of Brazilian celebration: countless genres of music, including Samba and Maracatu, accompany the festivities, and general eating, drinking and merrymaking are compulsory! With the Rio Carnival alone attracting almost 5 million visitors every year, there’s never been a better time to join in the Brazilian fun!

Of course, you’ll need somewhere comfortable to stay while you’re there, but Brazil’s hotels don’t come cheap when celebrations take place! Luckily, hundreds of properties can be found in Brazil, offering privacy, space and value for money, as well as a beachfront location, so you’re only steps from the sea. When you’re not dancing to drums or sampling spicy cuisine, you can retreat to your private holiday home and enjoy a break from Brazil’s lively beats! Find out about the top 5 events in Brazil and where you can call home for the holiday.

The Rio Carnival is one of the world’s most famous festivals, held over 5 revelrous days in Rio de Janeiro every year. Taking place during Easter, from the Friday to the Tuesday preceding Ash Wednesday, it sees enormous parades featuring elaborate costumes, as well as drummers and dancers making their way through the streets. Visitors have long been welcomed to join in the fun, with free open-air concerts and masquerade balls taking place throughout the city. With Samba as your soundtrack, and a caipirinha in hand (made of lime juice, sugar, ice, and cachaca) you’ll be in the party spirit in no time!

Festa do Peão means ‘Cowboy Festival’ in English, and has proven a popular Brazilian festival for almost 60 years. Held across the country in the likes of Maraba, Uberaba and Barretos, festivals usually feature a series of rodeo bulls and horses, accompanied by country-style music. By far the largest and best known of the Festa do Peão is held in the Sao Paulo state of Barretos every August, to coincide with the anniversary of the first recorded festival in 1955. Held in an enormous park with a stadium large enough to hold over 35,000 spectators, the festival’s highlight is undoubtedly the rodeo showdown.

Paying homage to the Goddess of the Sea, the Celebration of Yemanja is a beautiful event in Salvador, a city otherwise known as Brazil’s ‘capital of happiness’. Held at the beginning of February each year, it sees locals throw gifts into the sea, be it flowers, perfume or costume jewellery! The largest celebration takes place along Praia Vermelha, culminating in a celebratory evening on the beach with music, partying and food. Make your way to Salvador early, and you could even catch the city’s most important religious ceremony: at the end of January, hundreds of women in traditional costume come to wash the steps of the Bonfim Church.

Cyprus Film Days IF is the official competition feature fiction film festival of the island of Cyprus and it proudly holds the EFFE Festival label.